The Need for Neurologists –Could Part of the Answer Be Fellowships?

There are over 8 million migraine sufferers in the UK, but according to the Association of British Neurologists there are only around 750 neurology consultants across the UK to cover about 200 hospitals. In the U.S. there are thought to be 36 million migrainers, but again, not enough neurologists. A study conducted by the American Academy of Neurology found that the U.S. could use 11% more neurologists to meet the current needs. By 2025 that will increase to 19% more that are needed. At the time of the study’s publication in 2013 it looked as though the number of U.S. neurologists was set to grow from 16,366 to 18,060 by 2025. Unfortunately the demand was also set to go up, from 18,180 in 2012, to 21,440 in 2025. 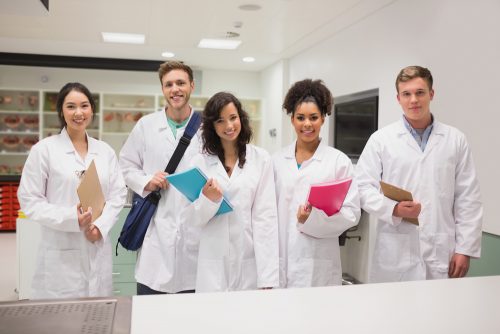 This lack of supply coupled with high demand is an issue in many countries, the UK included, not just in the U.S. Scientific and medical communities have cited the lack of investigators into neurologic diseases (it’s not only migraine, but also conditions such as epilepsy, Alzheimer’s, and brain injuries that come under the umbrella of medical conditions which need a neurologist) as an impending crisis that will have vast and devastating impacts. However, the U.S. may have an initiative that, while it will not solve the problem, may go a little way towards helping lessen it.

In response to the increasing need for not only neurologists, but also clinical researchers, and dedicated specialists, the American Academy of Neurology has a specific Clinical Research Training Fellowship Program to try and help tackle the growing deficit. As such the American Academy of Neurology has focused its grant-making efforts on investing in young researchers.

The National Institutes of Health – which is a part of the U.S. Department of Health and is the nation’s medical research agency, has kept its level of funding the same for neurologic research for the past four years, while competition for funds has increased. By supporting young researchers above established clinicians, who may have other channels of support or other contacts available to help them, the AAN hopes that the fellowships can be the first step to a broader base of support, and that new ideas and new researchers will thrive rather than be lost by the wayside.

In the past the AAN fellowships have provided funds and mentoring for projects such as revealing the role of ACTH (a regulatory hormone) in cortical circuit development, and understanding potentially harmful EEG patterns in patients with acute brain injury and critical illness. With similar discrepancies in other countries between neurologists needed and neurologists available, perhaps a fellowship programme similar to the one the U.S. might be part of the answer.