If you suffer from migraines, then you’ll doubtless already know that a major trigger of migraines attacks is stress. As well as causing muscle tension (another migraine trigger), stress stimulates your body to send out chemicals which change your blood vessels. 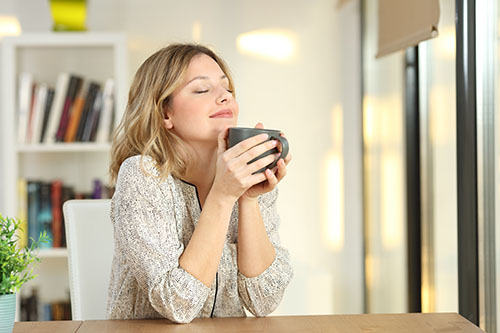 There are a few things you can do to help reduce your stress levels, such as getting enough sleep, exercising regularly, practising yoga or meditation, as well as practising CBT (cognitive behavioural therapy). Another thing you can do is to try taking supplements which have been shown to reduce stress and anxiety. Below are a few of the most common ones.

A study from 2011 showed that medical students who took omega-3 supplements experienced a 20% reduction in anxiety symptoms.

Green tea, as well as being delicious and refreshing, contains lots of polyphenol antioxidants which boost your health. It’s thought to lower stress and anxiety levels by increasing serotonin and dopamine levels.

Lemon balm belongs to the mint family, and has long been used for its anti-anxiety effects. Hops, lemon balm, and Valerian root are all herbs which contain anaxiolytic calming agents.

Kava-kava is a member of the pepper family, and has been used for many, many years as a sedative in the South Pacific region. More recently it’s becoming popular as a treatment for mild stress and anxiety across Europe, in Australia, and in the US.