Spotlight on Butterbur for Migraine Treatment

For migraineurs who don’t like the idea of taking medication to treat their migraines, or are
unable to for whatever reason (perhaps because of a clash with medication they are already
taking for a different condition), alternative therapies, also known as complementary
therapies, can be a popular choice. These can include things such as acupuncture, cognitive
behavioural therapy, deep-breathing exercises, massage, taking vitamin supplements, and
homeopathy. Another popular choice for complementary therapies can be to try utilising
plant extracts, in a variety of formats, from plants that have been reported to have healing
properties. One of these is butterbur. 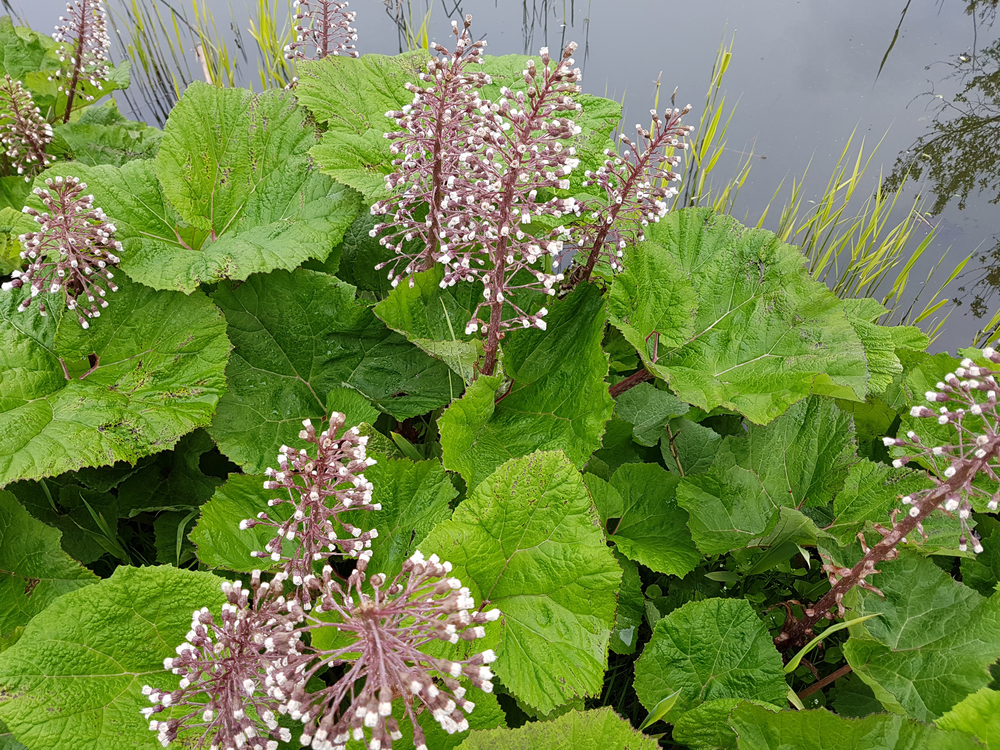 Butterbur’s Latin name is petasites hybridus. It got its common name from the fact that its
large leaves were traditionally used to wrap butter in to stop it from melting in the summer,
though it can also be commonly known as bog rhubarb, devil’s hat, and pestilence wort (given the options you can see why butterbur is the more popular name for it).

Butterbur is a purple and white flowering plant, which grows best in wet marshland, damp
forest soil, or on riverbanks. It’s native to southern Europe and western Asia but has since
spread to other countries. The flowers of the plant, as pretty as they are since
the plant is a member of the daisy family, aren’t used in treatments. Rather butterbur extract
is taken from the leaf, roots, or bulb of the plant.

We know that butterbur was used as far back as the Middle Ages. At that time, among other
things, it was used to fight the plague. Although over the years it has also been used to treat other conditions such as coughs, wounds and asthma. More recently it has been utilised in the treatment of migraines, hay fever, and nausea/vomiting.

Homeopathy has, as time has gone on, garnered a fair few sceptics. In the popular media
it’s become rather a joke form of treatment, partly because many medical studies have
struggled to prove its efficacy. However, butterbur (a non-homeopathic treatment), has been
proved to be effective in the treatment of headaches and also in migraines in quite a few
scientific studies.

In 2011, one review looked at a number of studies which had been conducted to assess the
efficacy of butterbur. The results were incredibly positive. One study even reported that 77%
of all its participants had seen a reduction in migraine frequency of at least 50%, while 91%
of participants felt substantially, or at least slightly, improved after four months of treatment.

The form in which butterbur can be taken are numerous. It’s sold as extracts, capsules,
powders, tinctures and gels. It can also be obtained as a tea, but these are likely to contain
liver-damaging pyrrolizidine alkaloids (PAs) so should be avoided. Butterbur products which are “PA-free” certified are the way to go.

Finally, if you are considering trying butterbur to relieve migraines, it’s worth noting that the studies which have looked at its use have all been short-term studies. Currently there are no results on if taking butterbur long-term is safe and so it’s safest to only use butterbur as a short-term treatment until more evidence for it’s safe use long-term can be gathered.