Is reduced stress a trigger for migraine?

Migraineurs who experienced reduced stress from one day to the next have a significantly higher risk of a migraine attack on the following day, according to a new study published recently in Neurology, the medical journal of the American Academy of Neurology.

Stress has long been believed to be a common headache trigger. In this study, researchers found that relaxation following a period of heightened stress was an even more significant trigger for migraine attacks. 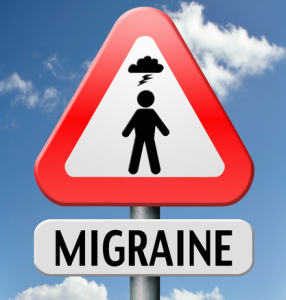 The purpose was to compare levels of stress and of reduction in stress as predictors of headache.

The study’s lead author, Richard B. Lipton, M.D., director, Montefiore Headache Centre, professor and vice chair of neurology and the Edwin S. Lowe Chair in Neurology, Einstein, said the study demonstrates a striking association between reduction in perceived stress and the occurrence of migraine.

He went on to comment that “Results were strongest during the first six hours where decline in stress was associated with a nearly five-fold increased risk of migraine onset.

The hormone cortisol, which rises during times of stress and reduces pain, may contribute to the triggering of headache during periods of relaxation.”