“We’ve identified a new preventive treatment for migraines, something that reduces frequency, the number and severity of attacks and how bad the attacks are,” Dr. Peter Goadsby said in a press release. 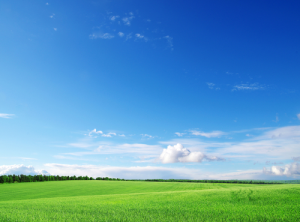 Dr Goadsby, professor of neurology at Kings College, London and the University of California, San Francisco an author on both studies, believes these results may potentially represent a new era in preventative therapy for migraine.

Both drugs work by blocking Calcitonin gene-related peptide (CGRP), thereby intercepting the migraine before it starts. CGRP is a multifunctional neuropeptide and is found in every organ system in the body. It is especially active in the trigeminal nerve, where it is found in nearly 50% of the neurons and the trigeminovascular system is related to the pain of migraine.

One drug, ALD403, was tested for safety and efficacy in 163 migraineurs who typically lost 5 to 14 days per month to their migraines. Half got one 1000 mg intravenous dose of ALD403; the other half got a placebo. They were followed for 6 months. Within 2 months, patients on the drug saw a 66% reduction in the number of migraine days. They had on average nearly 6 more migraine-free days each month, compared to a 52% decrease (or just under 5 days) in those who got the placebo.

At 12 weeks, 16% of the patients who got the ALD403 migraine free. Those on the placebo were not.

The other drug also found to be a safe and effective was LY2951742. In that study, 217 patients who had migraines 4 to 14 days per month got a 150 mg injection of LY2951742 every two weeks for 12 weeks. Those who had the injections saw about a 4-day reduction (or 63%) in the number of days with migraine compared to a 42% decrease for those who got the placebo.

There was no difference in the side effects reported by patients taking ALD403 and the placebo. Patients receiving LY2951742 reported pain at the injection site, abdominal pain and upper respiratory tract infections. Researchers say the drug is safe and generally well tolerated and are optimistic for the outcome of further study.

Both are phase II studies, meaning larger studies are needed to confirm the results.