Postdrome – Dealing With the Migraine “Hangover”

“Your migraine is over? Yes! Now you can come out shopping with us/come to the pub/play football/etc etc.” 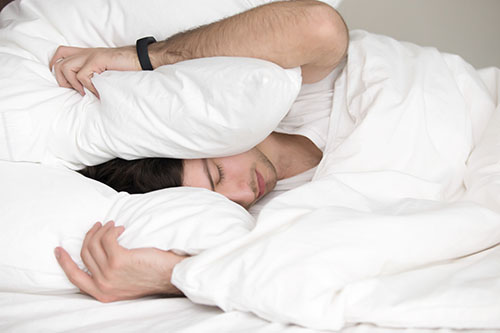 Sound familiar? When you tell someone that your migraine is gone it can be a bit of a knee-jerk reaction for them to assume that that means you’re back up to full strength and ready to conquer the world. The thing is that even though the head pain or nausea or aversion to light (or whichever migraine symptoms form your migraine attacks) may be gone, that doesn’t mean that you’re ready to dive back into to daily life just yet. Unfortunately, for a fair few migraine sufferers, after the main attack comes the final migraine stage – the postdrome or “migraine hangover” as it’s sometimes called.

Typical symptoms of the postdrome include; lack of energy, confusion, dizziness, clouded thinking, and depression. One migraine sufferer aptly described their migraine postdrome as feeling like “a mental fog, one so heavy that even routine tasks take on an otherworldly quality.”

So what can you do to reduce the effects of your postdrome symptoms?

Staying hydrated is incredibly important. During the main stage of a migraine attack some migraine sufferers can find it hard to eat or drink, or to do much other than keep very quiet and very still and wait for it to pass. This can lead to dehydration, which is a major trigger for headaches in itself. If you can rehydrate your body as soon after your main migraine phase as possible then it will be a big help. Especially as the dehydration caused by migraine is thought to be one of the main causes of the postdrome stage.

Also, take it easy. Even though you can see again and lifting your head off the pillow no longer sends the room spinning and your head pounding doesn’t mean that it’s necessarily a good idea to abandon your bedroom straight away. Fighting a migraine takes a lot of energy and you’re going to need time to rest and reenergise before you are ready to get back to daily life. Throwing yourself too soon back into the work you missed while you had your migraine is a really good way of triggering another migraine. Take it slow and steady and don’t overdo it.

Another thing you can do to relieve your postdrome sooner, according to some sufferers, is to top up your vitamin and mineral levels. Some migraine patients say they feel much better after taking supplements such as magnesium and riboflavin.

Above all, if you’re in your postdrome phase, try to stay positive. One of the biggest risks in the postdrome phase is falling into depression. Doing some yoga or meditating helps some sufferers, while for others reading a book or listening to (still quite quiet) music helps.

Seeing people in person after being isolated with your main migraine stage for hours, and often days, on end is another thing which helps to boost the spirits of a sufferer in a postdrome. Instead of going out though, perhaps ask a friend if they’d be up for coming over and having a cup of tea and a relaxed catch up instead. Let them know that you’re still not 100%, and so it may not be a long visit as you still need a lot of rest to recover, but that you’d love to see them for a little bit.