Chronic pain currently affects more people than diabetes, heart disease and cancer combined. As the numbers suffering from chronic pain have increased, so too have the number of opioid prescriptions given out; the number has tripled in the last fifteen years. An opioid is a narcotic pain medication that works on the opioid receptors in the brain to help relieve pain. In conjunction with this, the number of recorded opioid overdoses has also soared. Between 1999 and 2010 it went from 4,000 to 16,500. But one U.S. inventor thinks he has found the solution to the pain and opioid problem.

Robert Fischell is an inventor behind many breakthrough medical innovations such as a rechargeable pacemaker, an insertable insulin pump, and a device that can warn of oncoming epileptic seizures. Over his lifetime he’s filed over 200 patents, although some were more serious than others (one was for a bowl to keep cereal crispy). 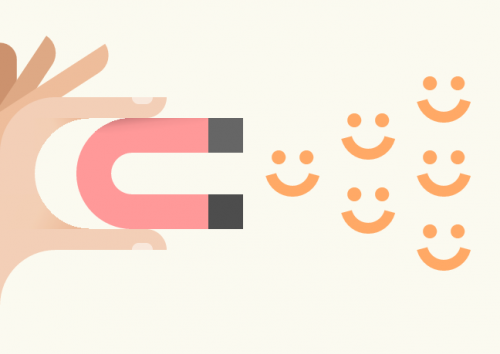 But his latest idea pending release, one developed with the help of his son David and his neurologist friend Adrian Upton, is a device which will use magnetism to interrupt the electrical signals of pain neurons. And the specific type of pain he thinks his device, SpringTMS, will help eliminate is migraine pain.

Fischell’s idea began during a group discussion with David and Adrian. They reasoned that if pacemakers and electricity can help with heart conditions, then why can’t electricity be used to help correct problems in the brain? But rather than try and send electricity directly into the brain, Fischell’s device works on the principle that sending a pulse of magnetic energy into the patient will induce an electrical current that will disrupt the pain neurons and thereby stop the message spreading and halt migraine pain. His device is fully portable and is uninvasive – it only needs to be pressed against the head to work. When patients feel a migraine coming they press the device to the back of the skull and press a button. The treatment takes less than a minute.

Early trials of the device were very positive. Of 51 migraine patients given a week of treatment, all but one reported a 50% reduction in the frequency of their headaches after 1 week of treatment. This was way back in 2000. In 2008 the Food and Drug Administration finally passed Fischell’s device for treating depression, but it was only in 2013 that they passed it for migraine treatment.

It was a long time coming but happily Fischell’s device is now almost ready for release. A Texas medical device company has given Fischell’s eNeura Inc. company an immediate $15 million loan. This will pay for more testing and the commercial launch of SpringTMS. Hopefully it will be as effective as the predictions suggest.