The statistics on migraines in the UK – statistics like; how many people suffer from them, what age are the sufferers, and what percentage of men in the population/what percentage of women are sufferers, don’t necessarily come out on a regular basis. There has been a recent report with some interesting new figures though. According to the new report on migraines in the UK, published by The Work Foundation in 2018, the prevalence of migraines, and the impact which they have, has increased. 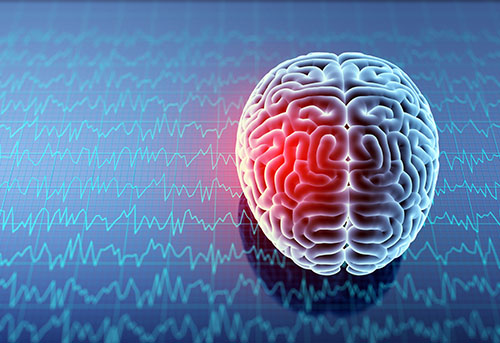 In September 2003, a group of researchers published a now widely cited report assessing “the prevalence and disability burden of adult migraine in England and their relationships to age, gender and ethnicity”. In the report, which was conducted via a telephone survey of a random sample of mainland England residents aged 16-65 years following a previously validated diagnostic interview, it was estimated that 25 million days from work or school were lost each year as a result of migraines. This is a huge number already, but the new report from The Work Foundation puts the number at 86 million workdays lost to migraine each year!

The reports both mention number of daily attacks too. The 2003 report estimated that 190,000 attacks occurred each day, while the new 2018 report puts that number at closer to 200,000. This isn’t a huge increase, but the number of sufferers is. The 2003 report put the number of sufferers aged between 16-65 years old at 5.85 million. The 2018 report puts that number at 10 million adults aged 15-69. Even with the extra five years added to the age range, that’s an incredible increase.

The most worrying figure of the report however, is perhaps the one which estimates that emergency hospital admissions with a primary diagnosis on admission of headache or migraine has increased by an average of 15% since 2012/13. On the one hand this may be a good thing – a sign that sufferers are less afraid to get help, but on the other hand it may be a sign that not enough is being done to care for migraine sufferers when the disability first manifests.

Although the new report doesn’t make for comforting reading (statistics such as the direct healthcare costs of migraine being estimated to be in the region of £1bn a year are hardly good news, it is helpful to know these sorts of figures. Hopefully spreading the word of these figures highlighting the crippling impact of migraines, which affects a large proportion of the population (an estimated 23.3% of adults aged 15-69 have migraines), will inspire more investment into research and treatments.