Migraines in Men Increased with Oestrogen 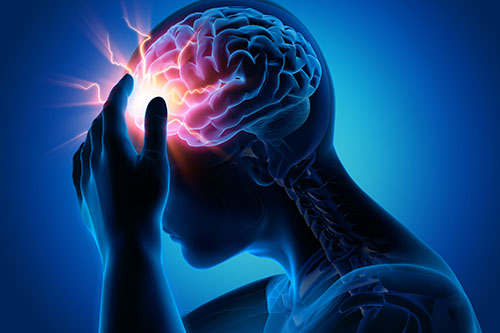 The discovery of the link between oestrogen levels and migraines in men comes from a small study which was published in a recent online edition of Neurology, the medical journal of the American Academy of Neurology. The study involved 17 men with an average age of 47, who had a migraine, on average, three times a month. The migraine participants were compared to a control group of 22 men without migraine, who were matched for age and BMI. None of the participants were taking medication known to affect hormone levels.

The researchers measured the levels of oestrogen and testosterone in four blood samples from each participant – taken three hours apart on a single day. The migraine participants had their first samples taken on a non-migraine day and then each day afterwards until they experienced a migraine day.

To find out if this was an important factor in the prevalence of migraines, the researchers asked the participants if they had experienced any of the symptoms which are commonly found in men with low testosterone; low sex drive, lack of energy, mood disorders. They found that 61% of the men who suffered from migraines experienced these symptoms, as opposed to the 27% of men who experienced them but did not suffer from migraines.

This was a small scale study, so a larger one may be needed, but it seems that, for men as for women, oestrogen plays a role in migraines. What this may mean for future migraine treatments for men is as yet unknown.