Before a drug is approved for use by the FDA (the Food and Drug Administration (the body which approves medications in the US)) it has to pass rigorous tests, including two well-designed clinical trials. Although costly and time consuming, finding participants to take part in the trials is not usually a problem. 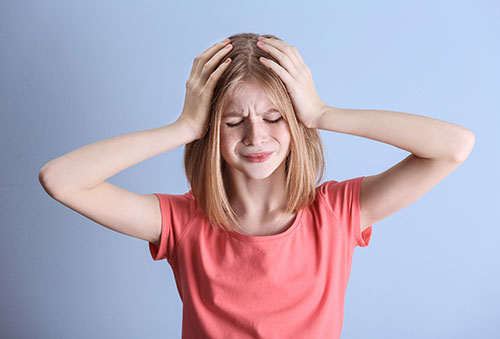 However, this isn’t the case when the tests are for a medication for children. Ethical and logistical challenges such as informed consent are a tough hurdle to get over; but it’s important that the medication is checked with child participants as it’s been shown that adult and child migraines manifest in different ways, progress differently, and so need different medications to treat them. All of this means that the migraine treatment options for children are far more limited than those for adults.

Having said that, although not overly numerous, there have been some recent developments in the field of child-friendly migraine treatments.

In the past, triptans have been widely used to treat migraines in adults, but early trials with children gave largely negative results. However, a redesigning of the trials to account for the placebo effect has led to triptan trials with positive findings, and as such the FDA has now approved their use for children.

Another trial into migraine treatments for children was the CHAMP trial for migraine prevention. This compared the efficacy of topiramate, amitriptyline hydrochloride, and placebo in children who experienced chronic and episodic migraines over a 24-week time scale. The study showed that between 50-60% of the group has a 50% or more reduction in headache days between the start and the last four weeks of the trial.

Unfortunately, the trial was stopped early as there was no difference in reduction between the treatments and the placebo. Not only this, but the two drugs on trial had more adverse side-effects that the placebo. Even so, the authors of the trial suggested that as the strong placebo effect had had such a positive effect and had reduced migraines, that medications with a low-risk profile should still be prescribed to children as doctors cannot prescribe placebos.