Those of us who suffer with migraines enjoy spending our time with friends and going on holidays as much as everyone else. This is something which might come as a surprise to some non-sufferers who know migraineurs and rarely see them socially. 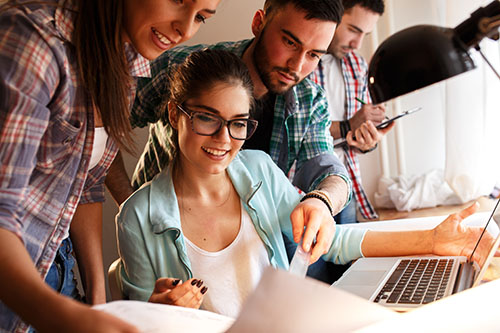 Often, migraine sufferers don’t make plans ahead of time as much as many non-sufferers do. They’re also more likely to cancel plans at the last minute. All of this adds to the impression that migraine sufferers simply aren’t that sociable. This simply isn’t true. The problem is that making plans when you suffer from migraines is far more stressful than it may appear from the outside.

Whenever we schedule something in the future, there’s always a worry that it might not happen. If a migraine hits just before a big event then usually we have to cancel, which can make us look as if we don’t care. We do. Also, if we were an integral part of the plan, then we’re well aware that it’s not just our fun that will be ruined.

Going on holiday takes a lot of planning anyway, but even more so when you have to take your migraines into account. What if you go away and find you don’t have some of the medication you need, and it isn’t available where you’ve travelled to? Or you get on the plane to go on a long flight, only to be hit by an attack in an environment which you can’t escape from. Screaming children, cabin pressure, and fluorescent lights will make an attack even worse! It’s not that we don’t want to go on holiday. It’s just that there are a lot of things that could make it more of a trial than a treat.

When we regularly have to cancel plans we’ve made because a migraine attack has struck then we worry than we’ll be seen as unreliable and a burden. Whether or not other people think it, this is something many of us worry about. To stop it from happening, we just don’t make plans in the first place.

To sum up; yes we want to make plans, yes we want to come to your event, but please don’t judge us if we find it a bit stressful and have to cancel at the last minute.

Finally, and perhaps most importantly of all, please keep inviting us and including us. We’ll be there as often as our health will let us be!