Cheese is amazing. Who doesn’t love cheese? On toast, on pizza, on pasta, plain on it’s own, or turned into cheese scones. It’s great stuff. Unless you suffer from migraines. In which case it can be an evil food stuff to be avoided at all costs because cheese is one of those foods which many migraine sufferers say can trigger a migraine attack. 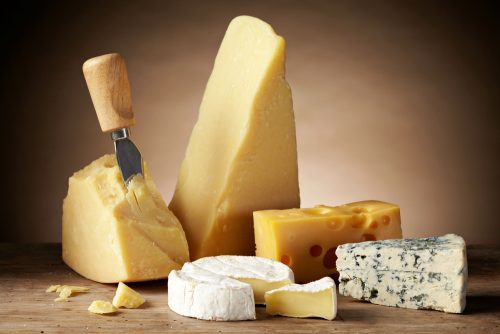 Well, to be fair it might not be all cheeses; usually it’s aged cheese that are the worst culprits – cheeses such as parmesan, cheddar or brie. The reason for this is that aged cheese contains a lot of a natural chemical called tyramine.

It’s not only aged cheese that contains a lot of tyramine though. Processed meats such as salami and some hams contain a lot of this chemical. Again this is down to the fact that they’ve been stored for a long time.

So what is it about tyramine that leads to migraines?

Tyramine is chemically structured as a monoamine and the enzyme in our bodies that breaks this down is called a monoamine oxidase (MAO). It was found in the late 1960s that some migrainers who also had a deficiency in MAO, got headaches after eating tyramine-rich foods. Experts believe that the reason for this is that too much unprocessed tyramine can lead to chemical changes in the brain that then leads to headaches.