Medically Speaking – What Does The Jargon Mean?

Anyone looking for the latest news from trials of migraine medications and migraine management is often met with research papers that contain swathes of technical terminology. It may well be instantly understandable if you are a scientist, but less so if you are not an expert in the laboratory. So we thought we’d take the opportunity to note down what some of the more common terms associated with medical trials mean here. 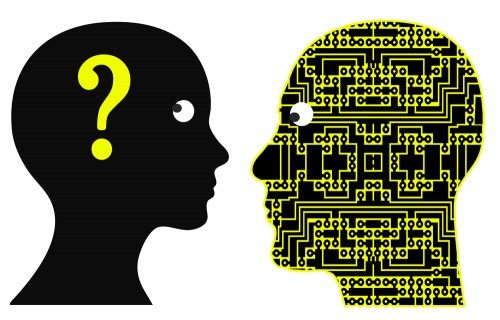 Double-blind Trial
In this kind of trial neither the participants nor the researchers themselves know who is part of the control group and who is part of the test group i.e. who has received a placebo and who has taken the real drug. This method of conducting an experiment seeks to rule out subconscious biases such as participants exhibiting the effects they think they should be experiencing, from both the participants, but also biases from those leading the experiment.

Triple-blind Trial
A triple blind trial is similar to a double blind trial except that the committee overseeing the results is not told the identity of the different groups and only sees the raw data.

Phase 1 Trial
A small number of people, often healthy or paid volunteers, are given the treatment. Often this is the first time it will have been given to humans and these trials seek to confirm that the drug has no severe and nasty side effects.

Phase 2 Trial
The treatment is given to a larger selection of people than in phase 1 trials and to people who are suffering from the condition in question. It helps identify short term effects of the treatment.

Phase 3 Trial
These involve around a thousand participants and compare the treatment in question against control groups who are given a placebo or existing medication. This aims to highlight any side effects and any marked improvements in the new treatments efficacy.

Phase 4 Trial
Done when the medication has been given a marketing license. The medication can now be prescribed and so its effectiveness under real world conditions can be monitored. Although this is not a phase that is always needed or done due to ongoing costs and lack of requirement.

Large Trail
There is no universal agreement on how many participants are required to qualify the trial as a large trial. However, generally between 500 and 1000 is seen as a good size, but more than 200 participants have also previously been cited as being a large trial.

Small Trial
Generally this tends to be a trial using between 10-100 participants.

Randomised Trial
Whether each participant is given the treatment or the placebo is entirely a matter of chance, similar to pulling names out of a hat.

FDA
The Food and Drug Administration (U.S.) who are in charge of regulating, authorising, granting, revoking an renewing medical licenses for treatments used in the healthcare sector. The UK equivalent, which comes up in papers less often, is the MHRA (Medicines and Healthcare products Regulatory Agency).

Clinical Investigator
The medical researcher who is in charge of the study and is responsible for making sure that the detailed study plans laid out by themselves and the study sponsor are adhered to.

Clinical Research Coordinator
The medical professional who, overseen by the clinical investigator, looks after the organisation side of the trials. This includes arranging tests, laying out procedure details and maintaining the results and documents.

Study Sponsor
The organisation/institution/charity that is funding the research. This is important to note because in many cases the study sponsor has a vested interest in achieving positive results e.g. a pharmaceutical company paying for trials of a new drug it wants to bring to market.