Not so much now, but up until the late 1800s, and for hundreds of years prior to that, you’ll find that the link between religion and science was an incredibly close one. A big part of the reason for this was that the main centres for education were monasteries and most scholars were monks. Most other people, certainly the vast majority of the population who were not nobles, were illiterate, thus leaving the study of philosophy, science, maths and technical innovations to the monks. In Eastern countries similar things could be said of Eastern religions. 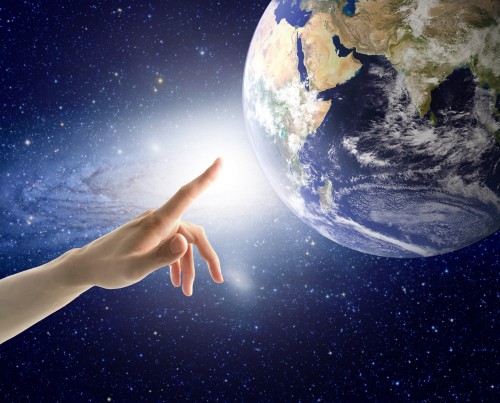 That being said, of course the two didn’t always agree on everything. Some of the most notable cases include Galileo’s claim that planets orbited the sun not the earth (which directly contradicted the churches Aristotelian teachings) , and also Charles Darwin’s theory of evolution. Making discoveries that so wholly opposed bible teachings was something that at first played heavily on Darwin’s conscious, especially as he had initially trained to be an Anglican priest.

Even given their occasional differences, religion and science only really began to split from one another in the later half of the 19th century. This is when education began to be in the possession of the many rather than the few and members of society seeking to weaken the grip of the church on their day-to-day lives fueled the idea of there being warfare between science and religion. However, while science and religion appear to have more or less fallen out for good, there seems to be a fair bit of evidence that religion is still having a notable impact on the experience and the treatment of migraines.

Some of the first treatments for migraine stemmed from monks. These included the inhalation of lavender, drug-soaked poultices and opium and vinegar solutions.  In addition to this, Hildebrand of Bingen – a nun from medieval Germany, provided an invaluable resource when she became one of the first people to describe in real detail what we now identify as a migraine aura.

Cures offered by religious leaders have changed over the centuries as the understanding and levels of knowledge have increased. In the past the treatments offered tended to focus on using herbal medicine, but proposed solutions diversified over time. Erasmus Darwin notably suggested using centrifugation (spinning the patient so that blood is forced from their head to their feet) as a cure having discovered that headaches could be caused by vasodilation. Later thinkers also added further insights and developed modern neurology. Now we have treatments as diverse as magnetic pulse treatments and botox treatments. While it may not be the front line defense it once was however, religion may still be playing a part in treating migraines today…

One recent study shows an interesting correlation between migraine sufferers and church attendance. The Nord-Trondelag Health Survey tracked the changes in health of almost 25,000 Norwegians over 10 years. After controlling for other factors that influence headaches such as age and gender, the survey found that those who had migraines in 1995 were 50% more likely to be frequent religious attenders in 2006.  Even more interestingly, there was no link between current headache levels and attendance, only past headaches.

The theory for this put forward by researchers is that people with chronic illness and pain often look to religion for comfort – hence the increased likelihood of migrainers attending. In conjunction with this, and helping to explain the lack of a link between current headache levels and religious attendance, is the fact that regular church attendees had lower blood pressure, and high blood pressure is of course a big factor in migraines.  However, the exact reason for their lower blood pressure levels has not been identified.

Another study showed that 40% of patients suffering from variations of chronic pain reported that spirituality and religion had become more important in their lives and that prayer helped their pain tolerance.

While they may have been in medieval times, not all scientists today are religious, the majority are often not, and there is a common belief that if you believe fully in scientific research then you cannot believe in religion. However some of the greatest scientists have been inspired to do the work they do by their religious beliefs. Ronald Ross was one Christian who won a Nobel Prize for his work on Malaria. More recently thinkers like the eminent evolutionary cosmologist Brain Swimme have said that rather than a conflict between religion and science, they see there being a connection between their faith and their work.

While religious organisations may no longer be at the forefront of medical and scientific innovation anymore, and people suffering from illness are far more trusting of the power of pills than the power of prayer, it seems that religion still does have something to offer patients in terms of treatment and care. Only today it is simply that that treatment is more emotional than physical in kind.