Magnetic bracelets that are marketed as a medical treatment first appeared on the scene a few decades ago, though the original idea of treating illnesses with magnets is over 2,000 years old. 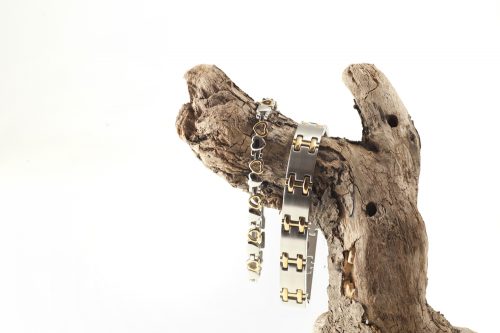 The modern magnetic movement started off small but has gathered pace and popularity, despite the fact that many experts have stated that they believe the magnetic bracelets have no proven medical benefits. Today the BBC estimates that magnetic therapy totals in excess of $1 billion in global sales a year.

So do they do good, do bad, or do nothing more than look quite pretty? And can they help migrainers?

The main positive effect that magnets are said to have on the body is that they rebalance the body’s electromagnetic impulses. They can “reset” brain signals and in doing so, help to alleviate pain caused by misfiring synapses and overactive nerves. This is one reason why they have been said to be beneficial for some migrainers.

And the bad? Well some people have reported that they had a warm or hot feeling for the first few days of use in the areas the magnets were placed. The Magnetic Therapy Council (MTC) has linked this to an increased blood circulation caused by the magnets in that area. Others have felt tingling or slight dizziness. On the whole though these reports are rare and the side effects observed only mild.

Reports as to their efficacy are mixed. Some people say magnet bracelets do nothing. Some people say they’ve helped them hugely when nothing else did. Experts and study conductors generally say that any positive results they have come from the placebo effect. But with only a very low risk of minor side effects attached to them, it might be worth giving a go. If nothing else, at least they look pretty.