Is It A Good Idea to Take Cannabis for Pain Relief?

Taking cannabis as a means of pain relief is nothing new. As far back as the twenty-eighth century BC people have eaten it in food or smoked it as a form of medication. However, in the UK and in many U.S. states cannabis is an illegal substance. In the UK anyone found with cannabis on them could be given an unlimited fine and/or up to 5 years in prison,  and anyone found growing it could face up to 14 years in prison, an unlimited fine, or both. Despite facts like this, according to a UN report from 2002 it is the most widely used illicit substance in the world. Not only that but its use is on the rise. In 2007 a psychologist from Michigan State University found that 43% of U.S. adults had tried marijuana at least once. 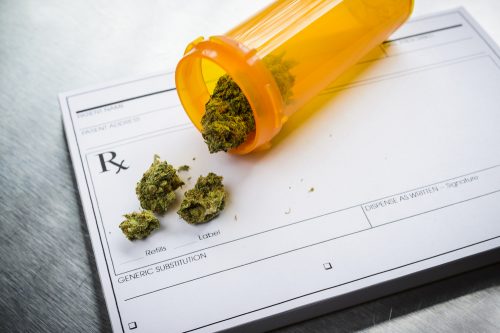 Its increasing popularity is especially prevalent in medical circles. A team of researchers from Australia spoke to patients who were all in their late 40s/early 50s and suffered from conditions such as back pain, arthritis, and migraine. They found that nearly 13% of the 1,500 patients who they spoke to had used cannabis in the past year in addition to their prescribed medication, whereas only 4.7% of the rest of the population had used cannabis. The patients said that they found cannabis eased their pain better than opioid medications, which can be accidentally overdosed on and are also known to be highly addictive.

Interestingly, one of the big concerns surrounding cannabis use, is that is has also been said to be addictive. A few different investigators have looked at this issue; one of the largest-scale studies being published in 1994. It looked at 8,000 people and asked them about their experience with various substances. Of those who had tried marijuana, only 9% fitted the category of cannabis dependence (the term favoured over addiction). For alcohol this figure was 15%, cocaine was 17%, heroin 23%, and nicotine was 32%.  This showed marijuana to be far less addictive than many people had previously believed.

So far twenty-three states in the U.S. have legalised cannabis for medical use (four have also legalised it for recreational use too),  and the campaign for its legalisation in other countries and states is gathering pace and support all the time. Of course there are a huge range of arguments linked to the issue of medical marijuana, not just whether it is addictive or not, and these issues look to be ones that we’ll be hearing more and more about in the future.