Migraine Remedies through the Ages – The history of migraine part 1

This article is part one of a series of articles focusing on the history of migraine.

Pharmacotherapy, the treatment of illness by administering drugs is still the principal way migraine is treated these days and is as old as recorded history. The use of a number of unusual non-drug procedures for treating migraine also stretches back thousands of years. 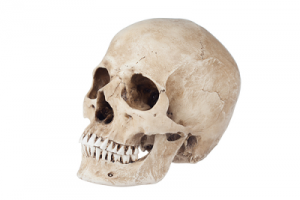 To our modern eyes, these early migraine therapies may appear horrific (bloodletting, cauterization), gruesome (the early use of electrical methods) or merely amusing (the binding of unusual objects to the head). But before we smile at medicine’s early practitioners and tell ourselves how lucky we are to be living in the early 21st century, let’s take a closer look.

The history of migraine… How far have we really come?

However strange some of these remedies may appear, isn’t it time we took a more considered look at the methods we too readily dismiss as madness? We are still only beginning to understand when it comes to treating migraine but progress is being made. Centuries from now, will others be looking back in gratitude or with merely indulgent smiles?

So let’s take a look through the various ages of migraine history starting at the very beginning around 7000 BC.

Trepanning (the removal of a segment of bone from the skull), seems to have been the Neolithic neurosurgeon’s procedure of choice for the migraine patient. The idea being that drilling a hole in the head would release the pain demons or spirits. The procedure was widely performed as evidenced by skulls from the period.

Patients appear to have healed after the ordeal and some skulls seem to show evidence of having undergone the procedure more than once. A present day version of trepanning is more common than you might think: it is performed every day by brain surgeons though not, it must be added, for treating migraines.

Moving on, the key medical reference text for the ancient Egyptians appears to have been the Eber Papayrus(Ref 11 March 2014 http://www.britannica.com/EBchecked/topic/177583/Ebers-papyrus).  Named after the Egyptologist George Ebers, it is believed to have been based on even earlier medical documents and dates back to at least 1200 BC. It is an encyclopedia of various prescriptions and medical treatments, including one for severe pains in the head that sound pretty consistent with modern day migraine headaches.

According to the instructions on the papyrus, the method for curing a migraine was this: First, place grain in the mouth of a clay crocodile. Then, having written the names of the pain relieving gods on a strip of linen, use it to bind the clay crocodile firmly to the head of the patient. The binding method seems to crop up throughout history so perhaps these early practitioners were on to something. Did this way of compressing the scalp perhaps affect the blood vessels that were causing the pain? Instead of focusing on what to modern eyes is the absurdity of the clay crocodile and the note to the gods, let’s look at the basic method which was compression.

Were the Egyptians really so absurd? Future researchers may be bemused to learn that many 21st century citizens staggered in from work with a migraine and went straight to the freezer for a packet of frozen peas to press firmly against a throbbing head all the while offering up the silent prayer ‘Please let this be over before the big meeting tomorrow’. Maybe we aren’t so different after all!

Companion encyclopedia of the history of medicine. Vol. 2. London: