The history of migraine – Part two

Sometimes it hard to believe isn’t it? The lives of migraine sufferers from centuries ago, really were just like ours. 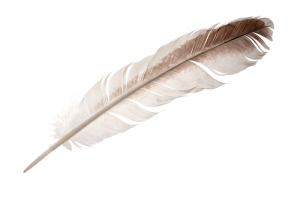 They suffered the same pains we do and we’d go to the same lengths to avoid the pain of migraine as they did wouldn’t we?

Hippocrates was puzzling over the whys and wherefores of migraine way back in around 400 BC. He documented the visual disturbances that people had then and they sound identical to the migraine auras many of us suffer today.

Although Hippocrates may have become known as the father of modern medicine, the real credit for migraine discovery, goes to Aretaeus Of Cappadocia, a Greek physician  who practiced in Rome andAlexandria, It was in the second century (CE) that he described the one sided headaches that are typical of migraines.

He led a revival of Hippocrates’ earlier teachings and went on to write books describing headache therapies which were referred to for centuries.1 His writings make interesting reading and let’s look at how his  remedies would hold up as migraine therapies today.

Maintaining a state of Eukrasia was all the rage back in Aretaeus’s day and medicine focused on balancing the humours in order to achieve this state. This humour based theory or the theory of the four humours was a model for the workings of the human body.

It developed into a system in Ancient Greece although its origins go way back before then. Many of the ideas do strike a contemporary note though and don’t sound a million miles from the integrated approach of some modern alternative health therapies. Aretaeus even mentions cupping and goose feathers for the treatment of headache.

First let’s look at Cupping. Now that sounds familiar, isn’t that the popular therapy we read about in celebrity magazines? Remember those photographs of celebrities who showed up at film premiers with those mysterious marks on their backs?

This all sounds rather contemporary and cutting edge. These people in ancient times really were just like us. So far, so cozy. But think again. Contemporary cupping therapy as favoured by the stars is a little different from that recommended by Aretaeus.  His version of cupping may have been more ‘cutting edge’ than we’d like. It was most likely of the ‘wet’ variety that was a little closer to bloodletting than we’d like.

Eek that sounds a little too gory. Best stick with that ‘thick goose feather’ thingy. Now that sounds more like it. Can’t we just picture it?

The tail end of a nagging migraine. A darkened room and a good lie down while our attentive therapist administers gentle tickling goose feather massage to soothe our aching brow. This would surely catch on in spas from L.A to London. Why haven’t we heard of this before?

Before we rush out to book a session, better read the full description of the ’therapy’ from Aretaeus himself…

‘. . . take the shaft of a thick goose feather, scrape off a bit from the outer layer and make notches into the fibres so that it results in teeth like on a saw. Subsequently, push the shaft inside the nose up to the ethmoid bones, move it with both hands in order to create scratches at that site. In this way, a lot of blood will be discharged in a short time, as many small veins end there, and the site is soft and easy to injure’.