While there have been vast numbers of studies carried out exploring the efficacy of various potential migraine treatments, there have also been numerous studies exploring what the causes of migraine may be. 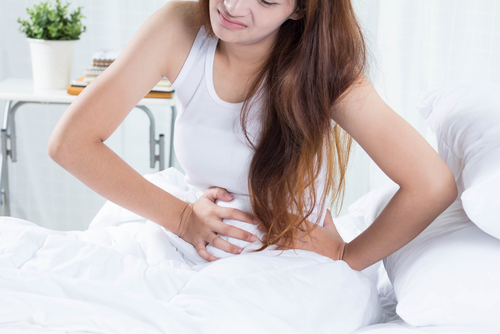 In the past, the extreme past, scholars like Galen believed that migraines, or megrims (!!!!) as they were then called, were the result of an imbalance of bodily biles. Specifically, too much yellow bile building up in the brain and irritating it.

In the 1950s the belief from Wolff and other scientists was that migraines were the result of vascular changes – expanding and contracting blood vessels. The cause of the vascular changes were unknown though.

More recently still it’s been discovered by scientists that a person’s genetic makeup can leave them predisposed to migraines; and that fluctuating hormone and blood pressure levels also play a part in migraines. The first domino in the migraine chain reaction though, that first cause, is yet to be identified.

Theories have been put forward over the years of course. One is that hormone and mineral deficiencies may be to blame, at least in part; and one of these commonly blamed deficiencies is a deficiency in magnesium. Another cause theory is that the release of potent pain-associated neuropeptides affect the blood vessels in the brain and induce a migraine. Calcitonin gene-related peptides (CGRPs) are one such example and an area of study which has received a lot of attention in recent years.

However, recent evidence has built up to support the hypothesis that the origins of migraine may lie outside of the brain, and may lie within the gut – in the gastrointestinal tract. It’s been suggested that undirected food particles and gut-associated bacterial components entering the bloodstream may play a part, how large a part the researchers are yet to ascertain, in migraine attacks.

Part of the support for this belief lies in the fact that gut permeability is increased and its function as a barrier is compromised during disorders such as depression, gastrointestinal disorders, and multiple sclerosis. Another supporting piece of evidence being that many migraine sufferers find that symptoms of their migraine attacks include nausea, vomiting, and abdominal pain. This is especially true in the case of migraine attacks taking place in young children.

Two studies, one involving 1038 subjects aged 15 years or older, and one involving 424 children and adolescents aged 6-17 years old found links between migraines and gastrointestinal disorders. In the study for 6-17 year-olds, 32% of the participants with migraine were found to have gastrointestinal disorders, compared to only 18% in the control group. Having said that, the evidence of cause and effect could not be established, only the co-existence of the two conditions.

In an attempt to use this information to find a new treatment for migraines, one study gave patients with migraine either a placebo or a multi species probiotic; in the hope that re-balancing the gut flora this way might decrease the frequency and intensity of the patient’s migraine attacks. Unfortunately the investigators found no significant positive effect in the study group as compared to the placebo group. The investigators did propose that this might be due to the limitations of the study though – such as the selection bias, lack of study size (63 patients were involved) and control of variables such as other migraine medications being taken.

Admittedly more studies will need to be done to better understand the relationship between gastrointestinal disorders and migraines, and to establish if one may cause the other or not, but researchers hope that just having an awareness of the co-existence of the two disorders may positively influence the approach and treatment given to migraine sufferers.