Over-the-counter and prescription medications are one way to treat the symptoms of migraine. Additionally, Botox, and acupuncture are just two of the other methods which doctors can prescribe migraine sufferers to help in reducing their migraine frequency and intensity. 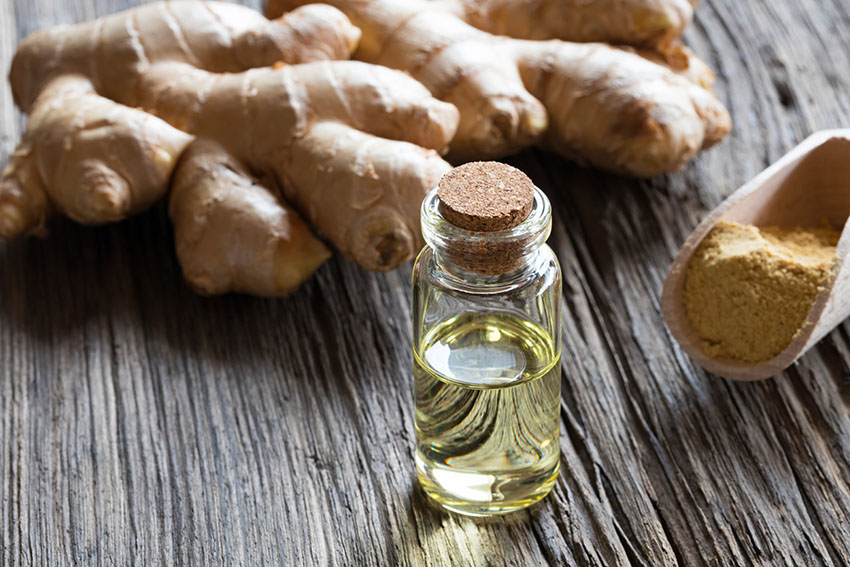 However, it’s not just prescription and pharmaceutical treatments which can be effective in treating migraines. A goodly number of migraineurs find that taking herbal remedies and eating specific foods can help to control their attacks. Ginger is one such food.

Research has shown that ginger can be incredibly effective when it comes to reducing migraine attacks. One study from 2003 found that taking half a teaspoon of ginger in a glass of warm water at the beginning of a migraine attack can be as effective as taking sumatriptan (a commonly prescribed abortive migraine medication).  Another bonus was that ginger had fewer side effects than sumatriptan.

Ginger contains over 200 substances in its oils, and these list among their benefits anti-inflammatory, anti-nausea, and antihistamine effects. As a common symptom of migraines is nausea and vomiting, ginger is a good choice to go for on this level, as well as on its pain-relieving level.

Ginger can be taken as a powder, in a tablet, in a capsule, or as an ingredient in cooking. It can also be taken as a tea (most supermarkets have some form of ginger tea bags), or used as an essential oil.

As with most migraine treatments, whether over-the-counter or prescribed, you should always consult your doctor before use. Ginger is fine for most people to use, but those with gallstones or bleeding disorders are not advised to try taking ginger – medical experts have warned that ginger can interact badly with blood thinners (anticoagulants).

As always, it’s best to consult with a doctor before taking vitamins and supplements to ensure that any combination of what you’re taking, or would like to try taking, won’t react badly with one another. For the majority of people however, following a discussion with a doctor, ginger could be a good complementary treatment for reducing migraine pain.