From Mice to Men – The Advantage of using Rodents in Research

Every year hundreds of research studies use animals in order to test how effective new medications might be when it comes to treating humans. According to the Foundation for Biomedical Research 95% of all the lab animals used in studies are mice and rats. Monkeys, cats, dogs, and much smaller creatures such as fruit flies are also used, but there are a few important reasons why the majority of studies opt for using rodents when it comes to human drug development.

One of these is that rodents reproduce quickly; a mouse can have litters of between 10 and 12 babies (pups) every couple of months. The gestation time for mice averages three weeks and once the pups are born and weaned the female mouse is fertile again – this is only three weeks after birth. This means that several generations of rodents can be observed over a small time frame and information can be quickly gathered on what the ongoing effects of the drug might be. 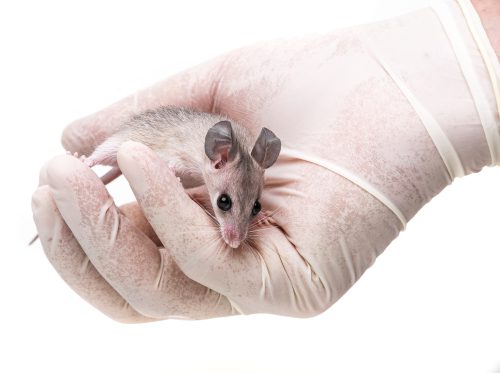 Mice and rats are also easy to obtain. They’re small, fairly inexpensive ($5,500 for a monkey, around $20 for a mouse) and can be bought in large numbers from companies that breed rodents especially for research. These animals are mild-tempered, adapt easily to new environments and are fairly easy to handle. The rodents bred specifically for trials are also bred so that they are almost identical in their genetics. This means trials will have fewer variables to account for and can rely on any differences in results between the active group and the control group being a consequence of the treatment.

Another big plus when it comes to using mice for research is that rodents are genetically, biologically and behaviourally very similar to humans. For this reason a vast range of conditions can be replicated in mice and rats. “Transgenic mice” which have altered genomes can also be bred. Some of the biological disorders that these rodents are helping researchers investigate includes diabetes, Alzheimer’s and cancers. They are also used in aging, genetic, and anti-addiction studies.

However not everyone is a fan of using mice as a keystone in human medical research. Many animal welfare groups are opposed, but so too are some scientists. Dr Clifton Barry of the National Institute of Health in the U.S. thinks that “they’re fine for ordinary work like toxicology trials. Perfect for checking that no unwanted side-effects crop up when we try a new molecule. But it’s a complete mistake to think they represent a good model of human disease”. Jean-Marc Cavallion of the Institut Pasteur also has concerns along these lines. In a presentation he previously gave in Seoul he showed how a monoclonal antibody that treats a lymphoma in mice would send a human to intensive care. So mice can’t entirely protect humans in later stage trials from potentially suffering serious side effects. This is an issue considering that avoiding side effects is a main argument that is commonly cited as a reason to use animals in early experiments. However, it should be noted that even after trials with mice, further extensive trials take place before placing the medicine on the market.

Despite instances such as this worrying lymphoma case, mice have contributed hugely to medical science through the ages. In the 1980s nearly one in three Nobel prizes were given to medical work that had been done on mice.

They’re not able to provide all the answers, but they certainly give many researchers a lot of help.