Trials from a recent Phase III clinical trial have had fantastic results and have cut the migraine attacks of its participants in half. 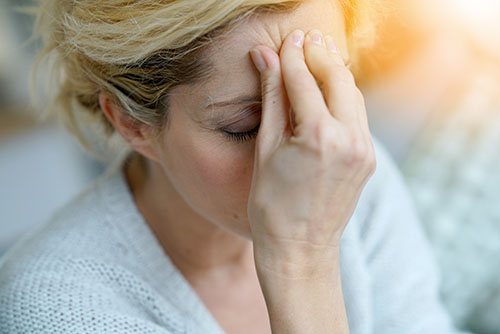 The new drug, called Erenumab, is an injection which needs to be delievered once a month and is a preventative therapy, rather than a pain reliever designed to act when a migraine attack is already threatening. It is the first new preventative pharmaceutical therapy in twenty years.

So what is it exactly?

Erenumab is an antibody which is designed to block the calcitonin gene-related peptide (CGRP) receptor in the brain; a receptor which has a crucial role in causing a migraine – CGRP is a neurotransmitter which instructs the brain to activate sensory nerves in the head and neck. Past studies have shown that CGRP levels are unusually high in patients suffering from a migraine attack. It was concluded therefore that CGRP was at least partly to blame for the migraine attacks and that a drug which blocked CGRP would help to reduce and relieve migraines.

In this latest trial, 955 patients were given either a monthly injection of Erenumab, or of a placebo, over 24 weeks. The results were clear. On average, the patients injected with Erenumab experienced three fewer migraine days each month (their usual average was eight migraine days). Half of the Erenumab group found that they had four fewer migraine days. A therapy which cuts migraine days in half would be well-received indeed! Not only this, but the patients treated with Erenumab also found that they had better physical health and were able to participate more in daily activities over the course of the trial.

Dr Peter Goadsby, Professor of Neurology at King’s College London, who led the trial said: “It clearly shows that blocking this pathway [CGRP receptor] can reduce the impact of migraine. The results represent a real transition for migraine patients from poorly understood, repurposed treatments, to a specific migraine-designed therapy. It represents an incredibly important step forward for migraine understanding and migraine treatment.”

So, when can we expect to benefit from it? Maybe later this year if we’re very lucky.

Novartis, the company which makes Erenumab, has applied for a license from the European Medicines Agency, who are expected to make a decision this year. If a license is granted, then Erenumab will need to be presented to the National Institute of Health and Care Excellence who will decide if it represents value for money to offer it on the NHS. Fingers crossed!