Is there a connection between migraine and gluten?

Research published in the journal Headache, suggests that migraines can be a sign of coeliac disease. Those with Coeliac Disease experience an autoimmune reaction to gluten.

Gluten is the protein found in among other things, wheat, barley and rye. 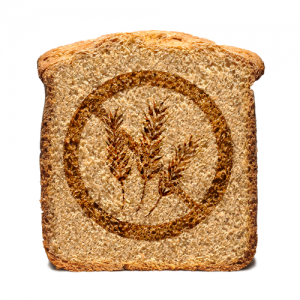 People are often diagnosed after complaining of stomach and digestive problems, but the Columbia researchers believe migraines too may be a symptom.

In a study published last year, by researchers at Columbia University in New York City Coeliac patients exhibited a greater incidence of severe headaches, than a control group.

So does that mean a migraine sufferer should go on a gluten-free diet? Not so fast.

“We see many people who have migraine, and then when they go on a gluten-free diet, they lose the migraine,” said Dr. Peter Green, director of the Celiac Disease Center at Columbia University and senior author on the study “But before people go withdrawing gluten from their diet, they should test for celiac. Test first, then treat right.” (sic)

Green and his team also found an increased prevalence of migraines in people who had gluten sensitivity and inflammatory bowel disorder. “So we think that maybe the inflammation of having celiac or IBD increases the chance” of migraines, he said.

There is no medical test for gluten sensitivity, Green said. “Some may have celiac disease and were not tested properly before going onto a gluten-free diet,” he continued.

“It’s a very difficult group to study because no one really knows what they had.”