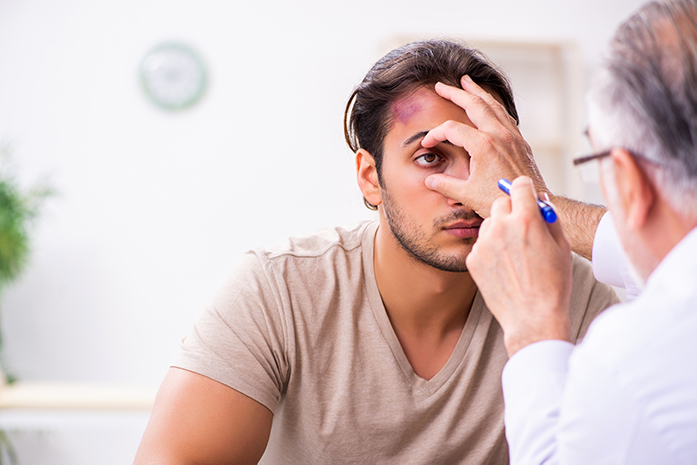 Data from the prospective longitudinal Toronto Concussion Study has shown that migraine history predicted how severe a person’s concussions would be.

The study was conducted by Laura Langer, MSc, from the Toronto Rehabilitation Institute of University Health Network, and her colleagues. Langer and the other researchers found that concussion patients who had a lifetime history of migraines before their injury/accident had significantly more concussion symptoms and higher symptom severity scores than those people without a history of migraines.

The study looked at a total of 302 concussion patients, of whom 116 reported having a pre-injury history of migraines – although after their injury, 92% of all of the patients reported from suffering from headaches.

The patients were enrolled in the study within seven days of their head injury and concussion diagnosis from local referring emergency departments. Once enrolled, the patients completed questionnaires about their concussion symptoms and severity every week for the first eight weeks of the study, and then at week twelve and week sixteen of the study.

In the first week, 42% of the group who had a history of migraines said that they had “continuous” post-traumatic headaches, while only 16% of the patients who had no migraine history reported continuous post-traumatic headaches. The migraine-history group also had a tendency towards a slower recovery. At week sixteen 22% of the migraine-history group had still not recovered to the point of their pre-concussion migraine frequency baseline.

This study was one of the few studies which “have linked symptomatic recovery to pre-injury baselines”. The reason the study’s findings that migraine patients have more severe concussions is important because “it may flag that a patient is at risk for a prolonged recovery, which could influence treatment plan – lifestyle modifications, appropriate pharmacological treatment considerations, etc”.