It’s not hard to see why migraine sufferers might develop an anxiety disorder – the ongoing stress and fear of not knowing when the next migraine attack will strike would be enough to give anyone anxiety issues. As such, researchers have been looking into the link between the two and what can be done about it. 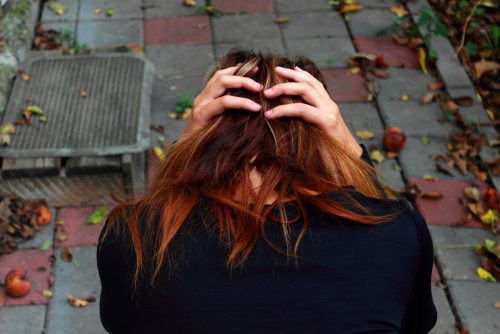 An analysis of data taken from 1990 to 2012 found that the likelihood of developing panic disorder (the anxiety disorder most commonly associated with migraines) is 3.76 times higher in migraine sufferers than in non-sufferers. Even after the researchers allowed for depression and demographic variables which might make the odds of developing panic disorder more likely as a result of some other cause, the association remained highly significant. Further to this, the highest rate of panic disorder is found within those who have migraine with aura. Unfortunately, panic disorder is shown to make migraines worse as attacks can become more frequent and more debilitating. This is of course one thing that will probably make the panic disorder worse and so begins a vicious cycle.

Some of the symptoms of panic disorder include a pounding heart, trouble breathing, nausea, feeling faint, hot flushes and/or cold chills, numbness and hyperventilating. Another characteristic of panic disorder is that attacks are likely to come out of nowhere – they don’t happen as a result of what is happening at the time they occur.

On a more positive note, researchers have been looking into, not only the correlation between migraines and panic disorder, but also what can be done to reduce the impact of panic disorder and how best to treat it. One thing which doctors will do if possible is to prescribe a medication that will be effective for both the headache pain as well as for the anxiety disorder. Potential options may be anxiolytics, tricyclic antidepressants and monoamine oxidase inhibitors (MAOIs). The doctor will then keep a close eye on any side effects to ensure that the medication is not making the panic disorder or the migraines worse. Research also suggests that CBT (cognitive-behavioural therapy) should be considered to help treat panic disorder and migraine.