The Wonderful Work of Wolff

Much of what we know today in terms of migraine definition and treatment can be attributed to one man and those who he worked with; Harold George Wolff. Commonly cited as the “father of modern headache research” he spent thirty years researching the causes, definitions and treatments of different types of headache and his work culminated in his much reprinted book “Headaches and other Head Pains” – a tome of 710 pages with over 1100 references. Even more importantly it is the efforts of Wolff and his teams that are responsible for bringing to the forefront the theory that types of migraine pain are primarily the result of vascular dilation and constriction, and in stating this they helped to inspire a whole new line of treatment and diagnosis of headache disorders. 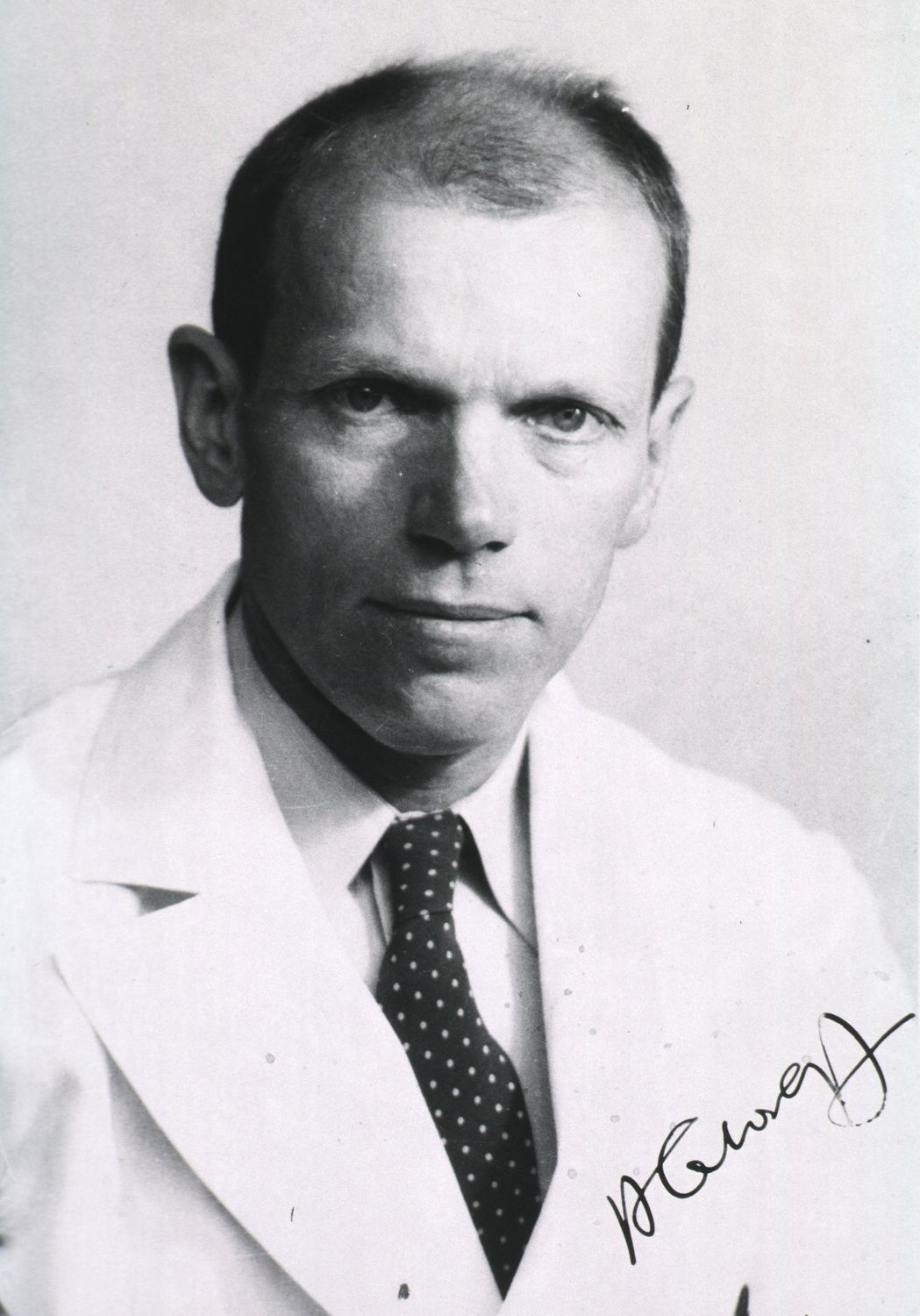 Wolff didn’t begin his life working in medicine straight away. His first work was within a fishery where he sought to improve the methods of drying fish. He worked there for a few years, briefly considered becoming a priest, but then chose a career in medicine; studying at Harvard Medical School and receiving his M.D. in 1923 aged 25. From there he went on to study at New York’s Roosevelt Hospital and Bellevue Hospital Center, and in 1928 he travelled to Austria – spending a year in Graz at the laboratory of Otto Loewi and then time in Leningrad in Russia with Ivan Pavlov (the physiologist famous for his classical conditioning with dogs, bells and saliva glands).

On his return to America his focus on migraines deepened. He worked at the psychiatry ward in John Hopkins University with Adolf Meyer, president of the American Psychiatric Association between 1927 and 1928, before accepting the job of Chief Neurologist at the newly opened New York Hospital Cornell Medical Center in 1932 (followinga few further months spent on study in Europe).  He continued to work at the Cornell Medical Center and to conduct research into headache disorders and other neurological conditions until he died in 1962 at the age of 64.

Although Wolff’s work led thoughts around migraine and headache disorders of all kinds for a generation, one of his biggest breakthroughs was the identification of the different causes of aura migraine symptoms and headache migraine symptoms. Woolf supported the theory that the symptoms of aura stem from the dilation of blood vessels, whilst headaches are the result of their constriction. This meant that vasodilators such as carbon dioxide and amylnitrite could be used to relieve an aura and appropriate treatments worked on for aura, while vasoconstrictors such as caffeine became recommended triggers to avoid for aura sufferers. Making this distinction between these two very different types of migraine was huge, as clearly effective treatment for one would, rather than make things better, have a hugely adverse effect on symptoms if it was a migraine of the other type.

Wolff’s work sprang from a desire to do more and to continually do better. He was kind and wanted to help people. His pupils said that he was a wise man, a superb clinician and taught by example. His motto was “no day without its experiment”. He was said to be passionate and “a combination of administrator and investigator” – someone who really cared and had the skills and the tenacity to make a difference. This is shown to great effect through the preface he wrote in the first edition of his book:

“Headache may be equally intense, whether its implications are malignant or benign, and though there are few instances in human experience where so much pain may mean so little in terms of tissue injury, failure to separate the ominous from the trivial may coat life or create paralyzing fear.”

Having worked with patients suffering from mental illness throughout his medical career Wolff understood that not all traumatic conditions are visible from the outside, but that doesn’t mean that they aren’t important and that they don’t deserve serious attention.

Less laudable than this realisation however is Wolff’s work within the CIA’s MKULTRA program, which sought to compile a list of good interrogation techniques for use in defending the nation from underground threats – for that read torture methods. He stated that he would “undertake experimental investigations designed to develop new techniques of offensive/defensive intelligence use … Potentially useful secret drugs (and various brain damaging procedures) will be similarly tested.” He went on to state, “where any of the studies involve potential harm of the subject, we expect the Agency to make available suitable subjects and a proper place for the performance of the necessary experiments.”

Dubious government work aside, while Wolff’s findings and book “Headaches and other Head Pains” were seen as the “Headache Bible” by many since it’s first publication in 1948, later on Wolff’s hypothesis that migraines are the result of vascular causes was replaced. Generally the current thinking now is that they are mainly the result of nerve or neurovascular disruptions rather than solely down to vessel dilation and constriction, for example irritation of the trigeminal nerve. The main development from Wolff’s hypothesis being that while it is still true that headache pain can result from blood vessels constricting and aura from dilation, this doesn’t address what the underlying initial cause of an attack may stem from. Even so his tireless efforts into the field of headaches brought great insight into the condition of migraines and the range of different types which can be experienced, and, perhaps most importantly, inspired a whole new generation of researchers to continue looking for answers.