Science and religion have long had a rocky relationship. Sometimes one has inspired the other, for example this was the case for the scholar Thomas Aquinas, but more often than not they’ve spent their time arguing that the other is wrong. In the 1000 years of the medieval period between the 5th and 15th century this all came to a bit of a head and caused huge stagnation in scientific and medical advancement. 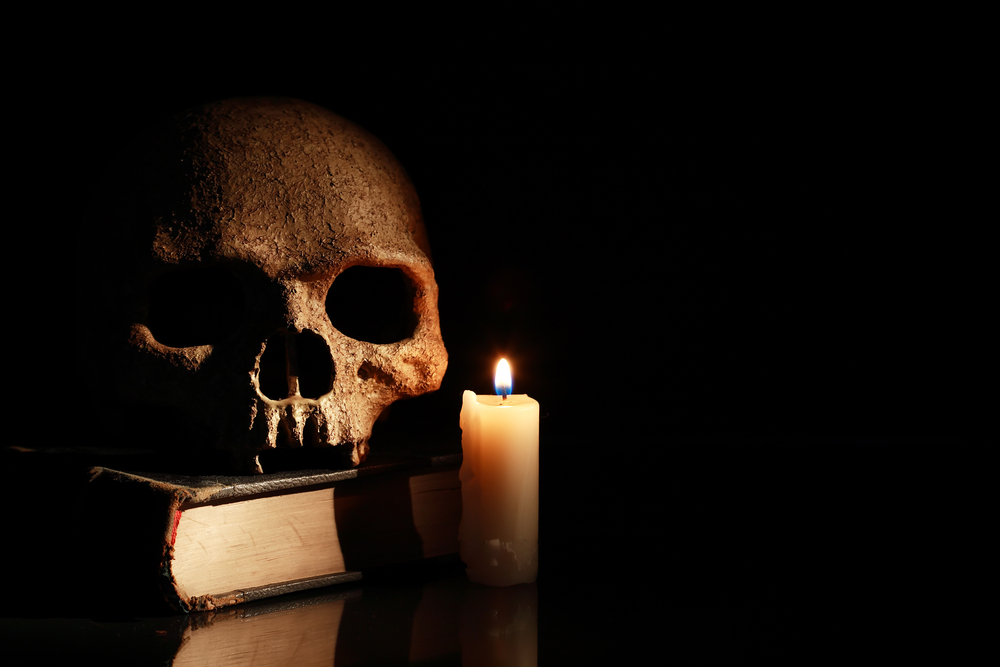 The medieval period can be divided into three main ages; the Early Middle Age (also known as the Dark Ages), the High Middle Age and the Late Middle Age. These ages followed on from the fall of the Ancient Roman Empire and preceded the Renaissance period and the Age of Discovery. During this time Western Europe was divided into many small fiefdoms which were governed by feudal lords. The fiefdoms spent much of their time and energy fighting their neighbouring fiefdoms and all of this meant that there wasn’t all that much time for founding universities. Education and the pursuit of knowledge only really existed within the monasteries. The problem with this was that the Roman Catholic Church was part of an authoritarian society. You should believe what you were told and if you didn’t then you should be prepared to pay the price, in extreme cases this could mean your life. Better to simply nod along then.

The monasteries held the very intelligent scholars who were not uninterested in the human body and curing ailments; the Benedictine monks devoted their lives to caring for the sick. The issue was that interpretations of Church teachings varied greatly across Europe and while some saw seeking to end illness as a good thing, others believed that illness was a punishment from God and so there was either very little point in trying to fight it. For some really devout Christians they also believed that as the will of God it should not be challenged and instead it should be accepted as a judgment. If you wanted relief then medical solutions lay not in Roman and Greek spells and incantations, but in prayer and repentance of their sins until God was forgiving and removed the affliction.

This does sound as if the general wisdom was to get on your knees, pray until you can pray no more and just keep your fingers crossed that it would all clear up by itself. However as time went on the Crusades allowed ideas to travel from the Middle East back across Europe and into the monasteries. While many Roman and Greek medical texts had been lost to Europe, in Arabic countries large numbers of documents had survived and been translated and expanded upon; the Persian philosopher Avicenna completed his five volume medical encyclopedia titled ‘The Canon of Medicine’ in 1025 and it was full of Galen’s four humours theories and herbal remedies. This great work soon became essential reading for academics across Europe.

So what did this all mean for migraine treatment?

Although the Church held the monopoly on academia it wasn’t the only place to go for medical help. For people that were ill and looking for a solution there were plenty of superstitions, natural remedies and some more dangerous procedures to try.

If you did want to go by religious advice then there were herbs that the monks would recommend for you. They believed in the Christian Doctrine of Signature which stated that God would provide relief for every disease and each substance would have a signature which would show how effective it would be. As such for migraines you might be given Skullcap – seeds which looked, as you can probably guess from the name, like mini skulls.
Other herbs may also be prescribed if you suffered from head pain. Some of these included rose, lavender, sage and bay.

If this was ineffective then there were other things to try. Apothecaries in the 12th century kept “mummy powder” – ground up mummies stolen from Egypt. If you had migraines then all you needed to do was to take some ground up mummy skull to make the pain go away!

Other skull-related treatments included applying drug-soaked poultices to the head and trepanning. For your poultice you would need an opium and vinegar solution. The vinegar would open the pores in the scalp and allow for quick absorption of the pain-killing opium. For trepanning you needed nerves of steel and a very high pain threshold. Even with a natural anesthetic such as mandrake root, hemlock, or gall of boar, having a hole drilled in your head to “let the demons out” was always going to be agony. Even so it was not an uncommon method to choose.

Less extreme surgical procedures were also on offer. A standard treatment for a variety of complaints was bloodletting. In 1163 a church edict stopped bloodletting from being performed by monks as the church “abhorred” it, so instead barbers took up the task. This is where the red and white striped barbers pole hails from – the practice of hanging clean and blood-socked bandages outside their establishments to advertise their services.

Bloodletting could be done one of two main ways; the first was with a knife or a special tool with a fixed blade called a fleam, the second was with leeches. Even today leeches are still used by some people for a variety of ailments. The key is reportedly in their saliva which contains a large number of anaesthetic, analgesic and blood-thinning compounds which are supposed to reduce pain and inflammation.

Overall though, with the exception of the odd case or two of leeches, the medical world moved on and found different solutions during the Renaissance and the times that followed it. Thank goodness, Migraine attacks are bad enough without adding a drilled hole in your skull and ground up mummies into the mix!

(no date a). Violence, mental illness, and the brain — A brief history of psychosurgery: Part 1 — From trephination to lobotomy. Available at: http://www.haciendapub.com/articles/violence-mental-illness-and-brain-—-brief-history-psychosurgery-part-1-—-trephination-lobot (Accessed: 12 December 2014).

(no date b). Available at: http://headacheaustralia.org.au/what-is-headache/12-history-of-headache (Accessed: 12 December 2014).